Text-neck is on the rise. Sounds very ominous and if you google this search term, you will get headlines screaming at this problem making it all sound like something new. Far from it, rather it is a problem centuries old, starting from most probably from the first inking of the printing press circa 1439 by Johannes Gutenburg leading to the printed book. 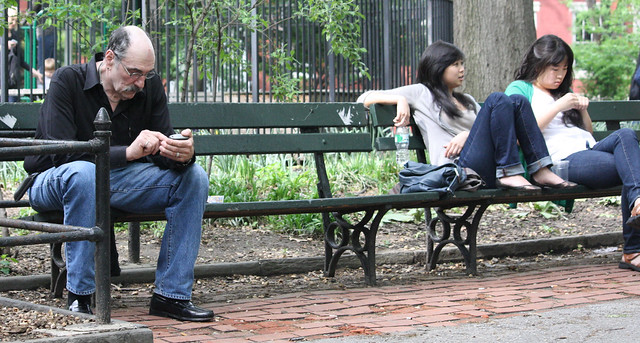 Text-neck is a term coined for neck pain conditions arising from sustained poor posture with the use of small smart devices like smart phones or tablets. Despite the word ‘text’ in it, it happens also with other activities with the smart devices such as email or simply watching online videos.

The first thing that people talk about with text-neck is the poor posture. The “hunched-over-the-screen” posture is a familiar one to all these days. It was with laptops and notebooks where this problem was first spotted. But these devices were larger and heavier, so we often needed to place them on the desk to work on. The larger size of the screen also allowed us to place them further away from us, minimizing the head tilt required to hunch over the read off the screen.

In a soon to be published research in the National Library of Medicine, Dr Kenneth K. Hansraj, chief of spine surgery at New York Spine Surgery & Rehabilitation Medicine, measured the amount of stress places on the spinal area of the neck or the cervical spine.

The average head weights about 10-12 lbs on the cervical spine when it is in a neutral position with the ears over the shoulders. He found this stress increased to 27lbs when the head tilts about 15 degrees forward and more as the angle increases. 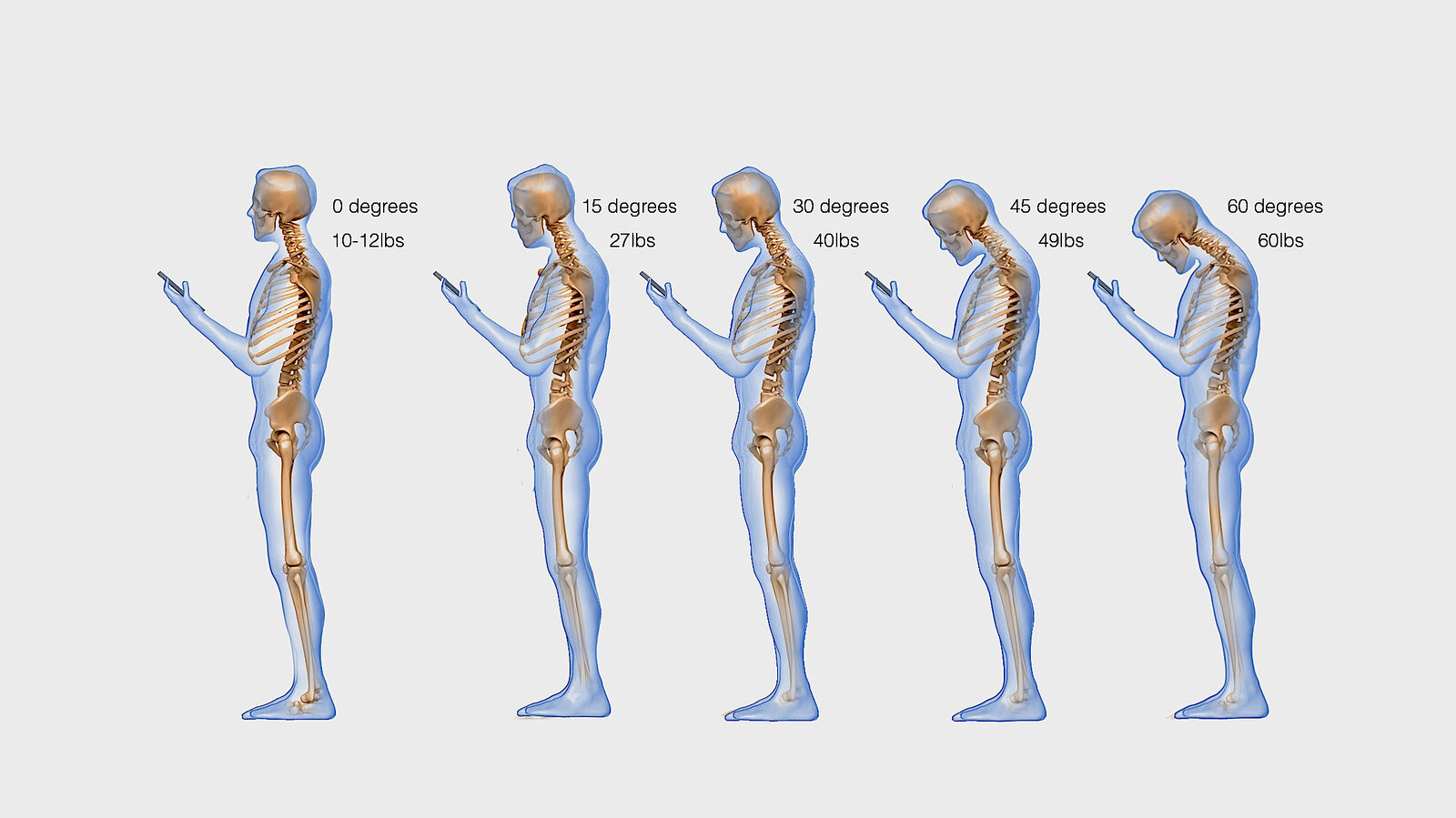 The idea that the cervical spine experiences more stress as the head tilts forwards is not a new concept. But now we have a better idea of the amount of stress involved. At 60 degrees forward head tilt, your cervical spine has to bear not just a bit more or even 50% more but 5 times more the weight it normally bears when your head is in a neutral position.

Now as we said this is nothing new since we start printing books that left us on hunching over desks. So why the sudden explosion of neck problems related to the text-neck?

The answers lies in the earlier paragraph above – sustained poor posture.

Poor posture in itself is not a bad thing. Our bodies are designed to bear with the odd levels of stress now and then. But it is not meant to sustain them for long periods of time.

The sudden increase of neck pain cases is due to the increased level of engagement we have with our devices. In the beginning with books, not that many of literate, so it wasn’t a wide spread problem. As our population achieved higher and higher levels of literacy, it was mainly for work. Not that many of us got that engross with our books to completely forget the passing of time.

But it was the advent of instant messaging, chat groups, videos and interactive games, we can now stare engrossed at a small screen for a very very long time; hours can pass without us noticing it.

Things are likely to get worse before they get better

As content creators and online games authors create increasingly more engaging content and games designed to keep us glued to our small screen, we foresee this problem getting much worse before it gets better.

Why better? Because we also foresee the screen move eventually to our eye level ala google glasses or perhaps even google contact lens; returning us to better posture.

In the meantime, what can we do?

Related Articles That You May Find Interesting

Popular Articles That You May Find Interesting