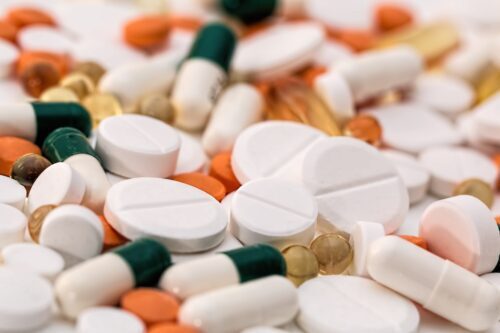 Sometimes we are told to take something for the pain. There are quite a number of options out there in the market. Here is a summary of the major categories of pain relief medications available.

This class of medications encompasses pain relievers, such as acetaminophen (Tylenol), which relieve pain without relieving inflammation. Be aware that doctors caution people who drink regularly against using acetaminophen. This is because alcohol can combine with this drug to cause liver damage. Acetaminophen is available in liquid or tablet form.

Topical pain relief medications are available in lotion, cream, or gel form. They are spread on the skin and penetrate inward to relieve some forms of mild foot pain. Some topical preparations — such as those containing menthol, eucalyptus oil, or turpentine oil — reduce pain by distracting the nerves with a different type of sensation. Another group delivers salicylates (the same ingredient as in aspirin) through the skin. A third group counters a chemical known as substance P. It is a neurotransmitter that appears to transmit pain signals to the brain. These creams contain capasin, a derivative of a natural ingredient found in cayenne pepper. For that reason, they may burn or sting when first used.

NSAIDs are available both with and without a prescription. Popular over-the-counter NSAIDs include aspirin (Bayer, Bufferin, others), ibuprofen (Advil, Motrin, others), and naproxen (Aleve). If you are taking an NSAID solely to relieve pain, expect to take a low dosage for a limited amount of time — usually until the pain is gone.

If you have a condition that involves inflammation as well as pain, such as Achilles’ tendinitis or a sprain, your doctor may advise you to take an NSAID at a higher dose and for a longer period, sometimes as much as several weeks. Why the difference? You can feel the pain-relieving effects of NSAIDs almost immediately, but you do not experience the full anti-inflammatory effects until a sufficient amount of the medication builds up in your bloodstream.

Be aware that NSAID medications have a variety of side effects, so it is important to discuss your personal health risks with your doctor when considering their regular use.If these over-the-counter options don’t solve your foot pain problems, your doctor can prescribe a variety of prescription medication and treatment options, as described below.

A type of prescription NSAID known as a COX-2 inhibitor — such as celecoxib (Celebrex) — relieves pain and inflammation and may reduce the risk for gastric ulcers and bleeding, which sometimes make older NSAIDs difficult to tolerate. COX-2 inhibitors have their own side effects, though, so it is important to discuss your personal health risks with your doctor when considering the long-term use of these medications.

Prescription drugs that contain opioids such as codeine are useful for pain that can’t be relieved by analgesics or NSAIDs. They provide stronger pain relief because they block certain chemical pathways that send pain signals through the central nervous system. Many of these medications also cause drowsiness.

Pain caused by nerve damage may not respond well to opioids, so doctors rely on other medications. Two mainstays in treating nerve pain in the feet include the antidepressant amitriptyline (Elavil), which increases the levels of brain chemicals that ratchet down pain signals, and the anticonvulsant gabapentin (Neurontin), which apparently works by interfering with nerve signaling involved in pain as well as seizures. In December 2004, the FDA approved a medication for nerve pain relief, pregabalin (Lyrica), which also doubles as an antiseizure medication.

A nerve block is an injection that numbs a particular nerve to prevent pain signals from reaching your brain (much as lidocaine does in a dentist’s office). It’s effective for severe pain or for use during a surgical procedure.

These medications are synthetic forms of naturally occurring hormones produced by the adrenal glands. Corticosteroids may be given in the form of pills or injections to decrease inflammation and thus relieve pain. Topical corticosteroids, applied directly to the skin, are useful only in treating rashes, not for pain due to musculoskeletal injuries.

This is not a medication, but rather a treatment in which high-frequency sound waves are directed at an inflamed area to speed healing and reduce inflammation. It works best on soft tissue injuries.